What are people saying about mobility plus? 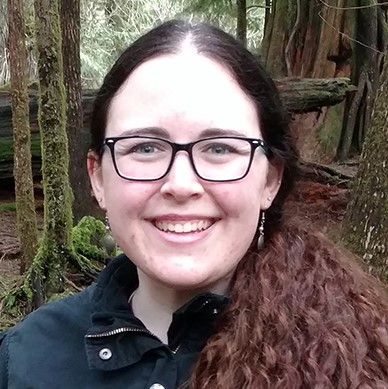 Dr. Li is fantastic! I first started going to him a couple years back with some lower back pain that I had been dealing with for quite a while, and then came back recently when I had a slipped disk and could barely walk. In both cases, he got me totally sorted out. He focused on getting me up and moving again, and making it so that pain doesn't affect my day-to-day life. He also gives me the tools to be self sufficient. He and Brittney, who is an athletic trainer there, work out exercises for me to practice at home to build core strength so that I don't have the pain come back. I have already recommended Dr. Li to others!

Dr Li is AMAZING. OMG. If you have any injuries you are recovering from, or long term pain or issues, go see Dr Li. He is obviously an avid learner and combines techniques from many different practices. I have torn the ACL in my left knee twice and since the last surgery four years ago, I had never been able to get back to 100%. I have seen a few physical therapists and personal trainers over the years and was getting very discouraged. I was still having swelling, stiffness, pain and lack of confidence with my knee. Dr Li gave me exercises, performed some chiropractic adjustments and massage, and worked with me to get me back to 100% over the course of about six visits. He is AMAZING and very kind. If you have new or old injuries or issues - go see Dr Li. Also, his receptionist/billing/all around office manager, Gina, is SUPER nice, helpful, knowledgeable, and kind. You'll love their office and feel better in no time!! 😀

I've had a 'bad back' since I was 15 years old. I don't know what I did to it, but I remember the pain and spending two weeks crawling around the house. There is one thing I do know: It never healed properly. It would flare up, sometimes so bad that walking was difficult.

Then I learned to run. Slowly but surely my back 'got better' - now I know what really happened. When I was exercising I rebuilt my core strength. Running and lifting helped compensate for the injury, but since it was never treated it continued to lurk there, right below the surface.

Now I'm 30, and despite my strength and speed the injury is back. I was doing turkish get-ups with a light weight when I felt the twinge. Prior to that I tried crossfit, but every class was just another nail in the back coffin. Finally I said 'eff it and googled a doctor. I figured I'd get x-rays and find out I needed the surgery I'd been dreading my entire life.

That's when I met Dr. Li. He spent an hour listening to me describe the pain, the original injury, and the random things I'd been doing to try and alleviate the pressure in my back and legs. That first session he didn't crack my back. He immediately isolated the injured disc (L5) and taught me several exercises to alleviate the pinched nerve.

All of the 'forward bending' I'd been doing to relieve pain in my back was aggravating the injury. I learned that I couldn't avoid the pain. In fact, I had to confront it, physically and mentally, before it could heal.

I am a large woman. I deadlift. I've built stone walls and swing kettlebells for fun. That day I cried. I cried because I was afraid. I was so afraid of the pain, and that it wasn't going to get better. I was terrified that I wasn't going to be able to walk one day. Lately the pain had gotten so much worse. I had a work trip coming up and I had to fly, and sit, and be present mentally and physically for extended periods of time.

I cried in Dr. Li's office and he took the time to tell me it was all going to be okay. He delayed his next appointment until he made sure I was alright. He even had his office text me while I was traveling (right before I got on the plane) and again when I landed.

In the sessions that followed, Dr. Li didn't just treat the injury, he taught me not to be afraid of my body. He taught me to learn to trust myself again. It's a long road to recovery, but I know with Dr. Li's help I'll be running Tough Mudders and lifting heavy again.

Jessica W.
What People ﻿﻿are ﻿﻿﻿Saying ﻿about MobilityPlus

Get a Free Phone Consultation